Netflix: When is Stranger Things Season 4 coming out, and what’s new?

After making the fans wait for more than two years, the markers of the very popular Netflix show Stranger Things have finally announced the news of Stanger Things Season 4 coming out.

Netflix has officially announced that season 4 of the American horror drama series Stranger Things will be coming out in May 2022.

Although season 4 will be released in May this year, it wouldn’t be the entire season in one go; instead, the makers have split Stranger Things Season 4 into two parts.

If you are a huge Netflix fan and want to know more about the Stranger Things Season 4 release date and what’s new in the show, then this article is a must-read for you. Stay tuned

Why is Season 4 split into two parts?

Strangers Things Season 4 is finally releasing and will be coming out in two parts. And viewers have started raising the question, “Why two parts?”

But dont worry, viewers, we have got the answers to all your questions. Keep reading.

According to popular sources, Part 1 of the show will be coming in May, while the second part will be aired in July 2022.

The creators of the show, the Duffer brothers, have stated in a part of the official announcement letter that the show has been possible after a lot of hard work that included nearly two years of filming, more than 800 pages, lengthy scripts, hundreds of visual effects, and a run time twice as long as seasons 1, 2, and 3. They have also said that Season 4 will be the best of Stranger things until now.

Curious to know more about When is Stranger Things Season 4 coming out? Then keep reading.

What happened in the last season?

In the ending episode of Stranger Things Season 3, El reads the note her father, Jim Hopper, wrote at the beginning of season 3. After Jim hoppers death, the letter is found by Joyce Byers, who hands it to El.

El reads the letter from his adoptive father, and it becomes the voice-over framework for season three’s end. In the letter, Hop has explained that the original purpose of his speech was to turn the clock back and make things as they were in the past. But both of them, at different points in time, knew that it was a silly idea and time could not be changed.

Further in the letter, hop has told El to grow up and learn things and that even though moving on would initially hurt a lot, he cannot keep her struck in the past. ‘The hurt is good”. He writes.

The note was a very sad ending for Stranger Things Season 3, and the way hop is helping his daughter El forget the past and move forward through his letter has left the fans weeping.

The letter conveyed a profound message of coping with grief and continuing life.

When is Stranger Things Season 4 coming out

Stranger Things Season 4 is coming out on May 27, 2022, and the show will be aired in two parts this time.

The makers have given lengthy scripts, two years of filming, and lengthy runtime as the reason behind splitting season 4 into two parts.

According to popular sources, the first part of the upcoming season will be released on May 27, 2020, while the second part will come out a few weeks later, on July 1, 2020.

The creators of the show Duffer brothers have stated, “everybody involved in the making of season 4 is incredibly proud of the results, and we can’t wait to share it with you”. The makers have also said that this was the most challenging season and that season 4 would be the scariest of all.

With the release date finally coming out, the fans are obliged to wait for another one and a half months before they can binge-watch their favorite show with a mouth full of popcorn.

The makers of this very popular Netflix show have a peculiar habit of keeping everything secret until the episodes finally drop on Netflix. For instance, the involvement of Soviet forces in Stranger things season three was kept all secret until the show was officially released. The same is the case with Stranger things season 4, so expecting a plot of season 4 would be too much.

Well, one of the most asked questions of the viewers is, “In which year is season 4 set?” the answer to this question is very simple, the show would probably follow the same order as its earlier seasons have that is, the first season was set in November 1983, the second in October 1984 and the third one was set in July 1985. Season 4 is most likely to follow the same order and will be set in 1986, but it shouldn’t come as a big surprise if the season skips the year 1986 and jumps straight to the year 1987.

In season 4, Eleven, Dustin, Mike, and the other actors have aged more than three years in the real world, while only 20 months have passed in Hawkins time since the story began, and it will take 18 months at least to see the actors in action again.

The names of the episodes of the upcoming shows have also come out, and we’ve specially made a list of them for you.

After a long time, the good news of Stranger Things Season 4 coming out is finally here, the show is releasing on May 27, 2022, and we know how eagerly you have been waiting for it. Make way for the scariest season of all the seasons, with thousands of visual effects and a runtime twice lengthy as previous seasons; Stranger Things Season 4 is going to be the best of all.

We hope you liked this article and are now backed up with useful information about when is Stranger things Season 4 coming out. Don let us know how you liked the show.

Until then Happy binging! 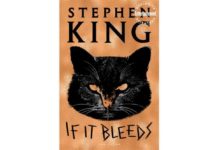 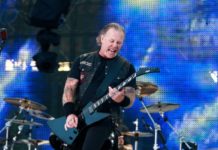 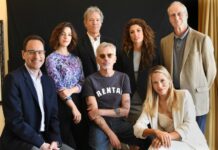 WHO IS ANNA SITAR EX-BOYFRIEND 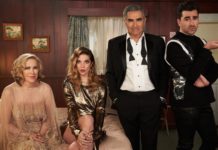 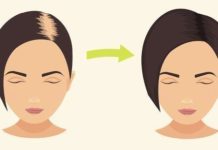 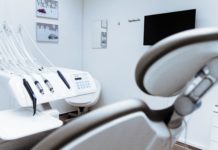