Feline owners are well-aware of the weird behavior of their pets, but it doesn’t necessarily mean they understand their actions. It’s normal for cats to stare and follow their owners around the house, as well as hiss at them when feeling annoyed.

The bizarre behavior of these creatures is a way to express their curiosity, anger, affection, and discomfort. Pet parents are supposed to interpret the strange behavior of their companions in order to predict their actions.

Learn more about the four most common types of weird cat behavior.

Why do cats stare at people?

Felines are known to stare at their pet parents with their large, curious eyes in order to attract their attention. In most cases, staring is a method they use to remind their owners it’s time for their meal. When the body of your companion is puffed up instead of relaxed, it means he/she is starving and upset for not getting any food. Make sure you visit this link, https://www.bustle.com/p/is-my-cat-eating-enough-heres-how-to-make-sure-your-furry-friend-is-getting-proper-nutrition-9084216, to learn whether your cat is eating enough.

Another reason why felines love staring is their natural curiosity. Given these creatures are born with a hunting instinct, it’s no wonder they’re interested in the actions of their owners, waiting for something exciting to happen.

Moreover, staring is a weird way of showing affection, as most feline breeds aren’t exactly keen on cuddling. When your companion seems relaxed while looking at you and blinking slowly, it means you’ve finally managed to gain its trust.

Why do felines hate water?

Although felines don’t behave strangely when drinking water, they sure become irritable and cranky when getting their coat wet. Probably the main reason why cats would do anything to keep their fur dry is feeling weighed down. Consequently, these creatures experience extreme discomfort while walking and moving in any way.

Furthermore, these fluffy animals are capable of detecting the presence of chemicals in water whose smell they find unpleasant. Hence, they refuse to get soaked in order to prevent their coat from smelling weird. Also, most cats aren’t happy about getting in the bathtub due to the lack of control. When felines are submerged in water, they become anxious because of the slippery nature of the tub and the possibility of getting some water in their eyes.

Why do cats hiss?

The largest part of pet owners has been witnesses of cat hissing at some point, as these creatures turn to hiss for a multitude of reasons. The most common reason why felines behave in such a weird way is feeling threatened by another animal or person. Hissing is a sign of warning that cats use to give the other party a chance to back off. Since they aren’t fond of confrontation, these pets try to prevent a fight by scaring their opponents.

Additionally, hissing is typical behavior for felines feeling pain in a particular part of their bodies. Consequently, your companion will hiss every time you attempt to touch the sensitive area. Also, these creatures aren’t exactly fond of seeing new furniture, objects, or toys around the house. The anxiety they experience when coming in contact with an unfamiliar object result in hissing.

Another frequent cause of hissing is being annoyed by any member of the family. Felines are rarely in the mood of being petted or cuddled, which is why they hiss to warn people to leave them alone.

Cat owners are often followed by their pets around the house, regardless of where they are headed. Check out this source to learn why cats follow their owners everywhere. Generally, these pets stalk their parents before their mealtime, signalizing their hunger. When not hungry, your companion might follow you around out of curiosity, particularly to the rooms that he/she is banned from entering.

Moreover, these pets often go behind their play partner in the hope of spending some time playing fetch or other games. Sometimes, they become overly clingy when suffering from separation anxiety, particularly when separated from their owners for a longer period.

People love felines mainly because of their weirdness.It’s impossible not to fall in love with these goofy creatures! 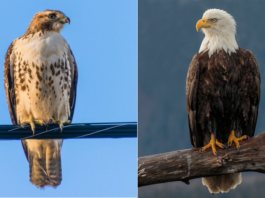 How can you differentiate between Eagle vs Hawk? 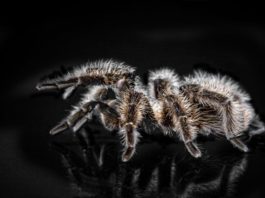 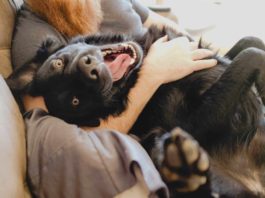 How to Keep a Pet When You Stay in a Small...